To track our progress, take a look at our roadmap!

We've now added two more latency metrics for your endpoints, and added a tab to the cluster settings page showing those metrics. The metrics that we've added:

We've made several improvements to the jobs view, including:

We've now added a Porter Github action to the Github marketplace! This action can be used when building your own CI workflow, and will automatically be used on new deployments when deploying from the Launch tab or the CLI. 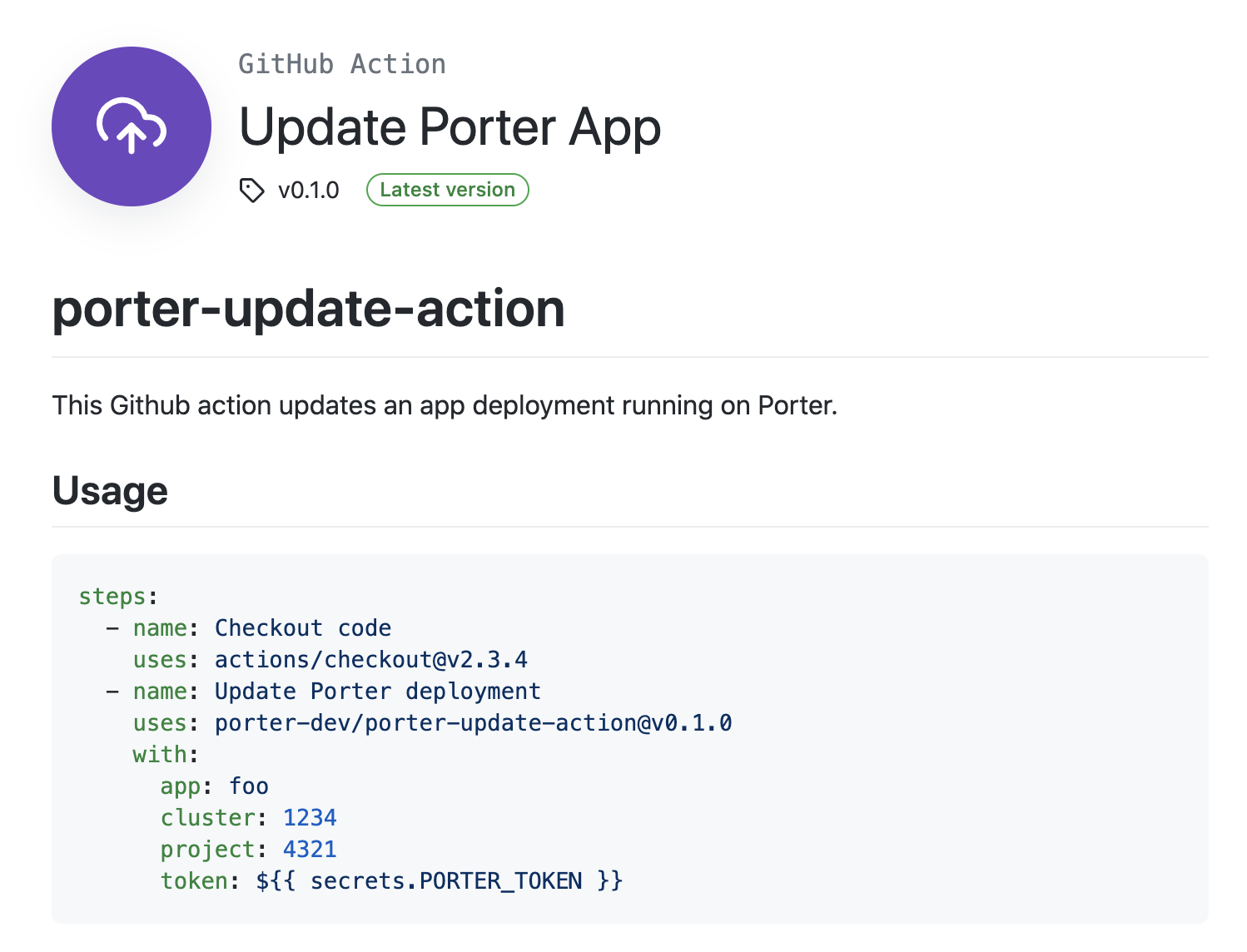 We've continued to improve the porter run behavior, including the following fixes:

This release, we attempted to make our development environment much easier to set up, including the following changes: