To track our progress, take a look at our roadmap!

Slack notifications have arrived! You can set up the integration by navigating to Integrations > Slack, and clicking + Install Application. By default, these notifications will alert you when a new deployment of your application occurs, and will inform you if the deployment failed. This functionality will continue to be extended throughout the next release to notify on fatal application-level errors. Read the full documentation here.

We've added several new metrics graphs and features to make autoscaling thresholds more visible and to view how your application is autoscaling over time:

We've modified our UI to show applications and jobs in a larger window, which will make them easier to navigate. 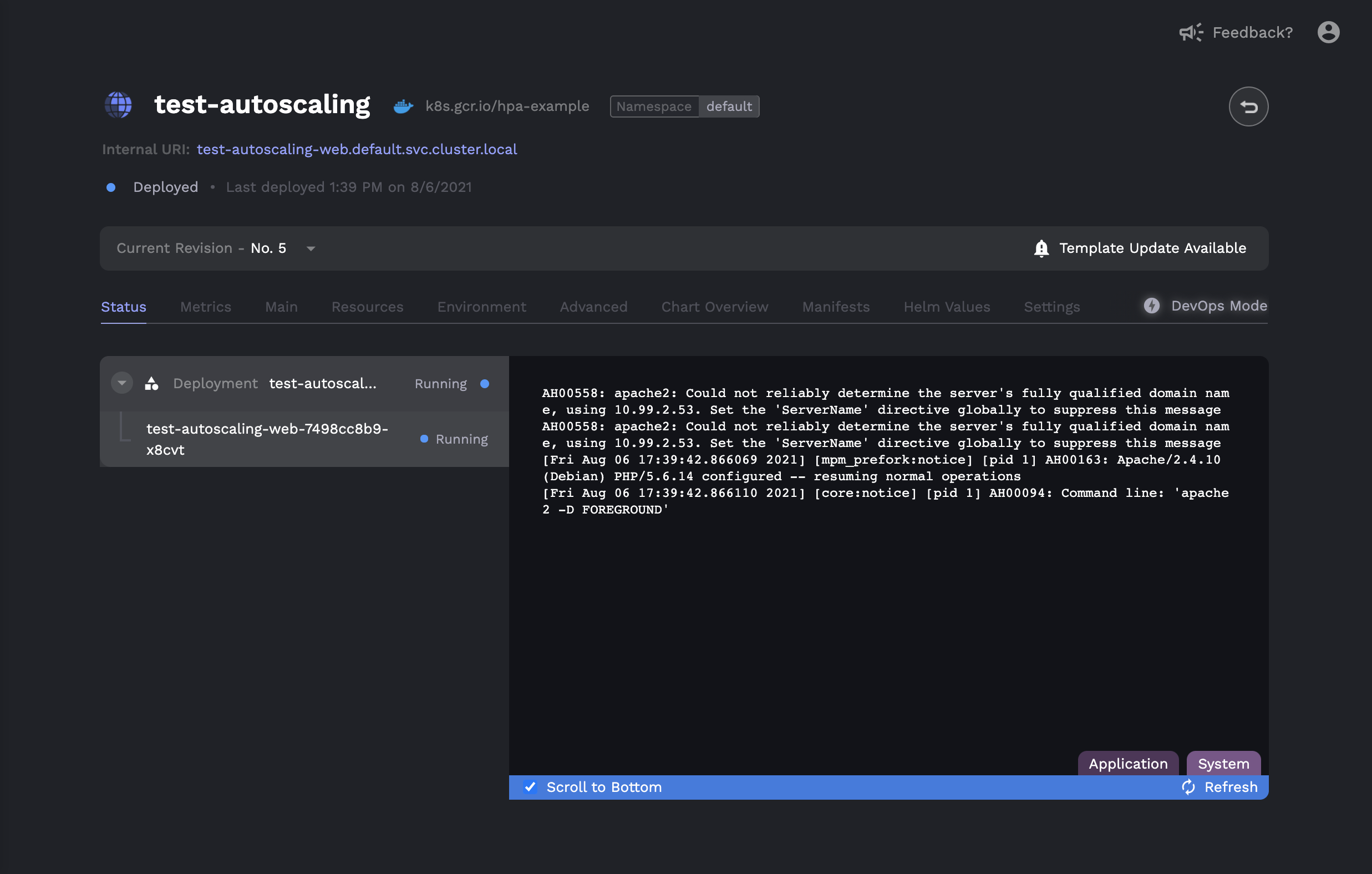 We've made several improvements that provide better visibility for seeing which Git commit (for those deploying from Github) or image tag (for those deploying from Docker) a certain revision of your application used. We've also added the ability to view which replicas are being added or terminated when a new version of your application is being deployed. 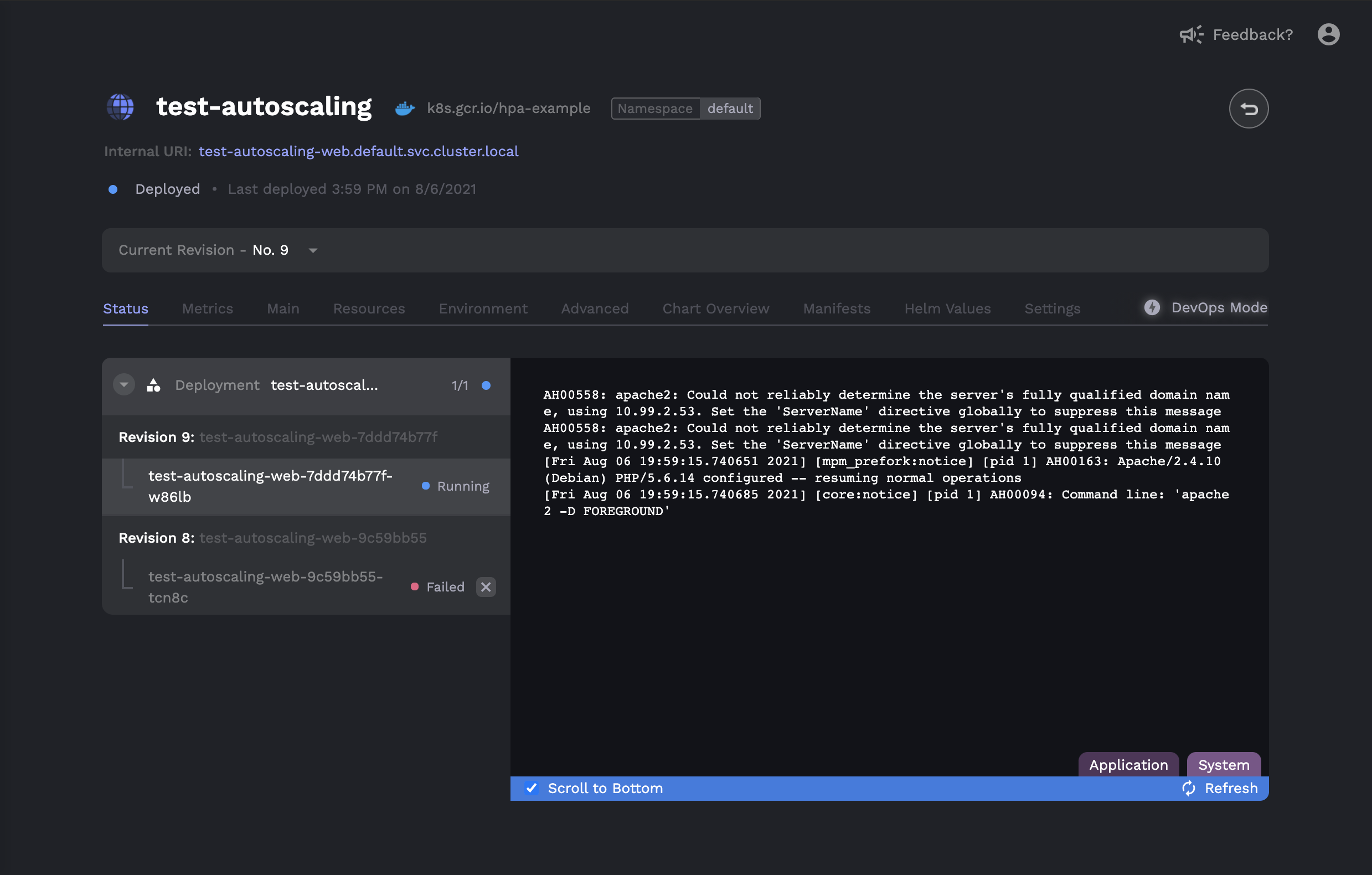 Porter will now display upgrade notes when a new template upgrade is available, and it is now possible to upgrade add-ons that have been deployed through Porter! 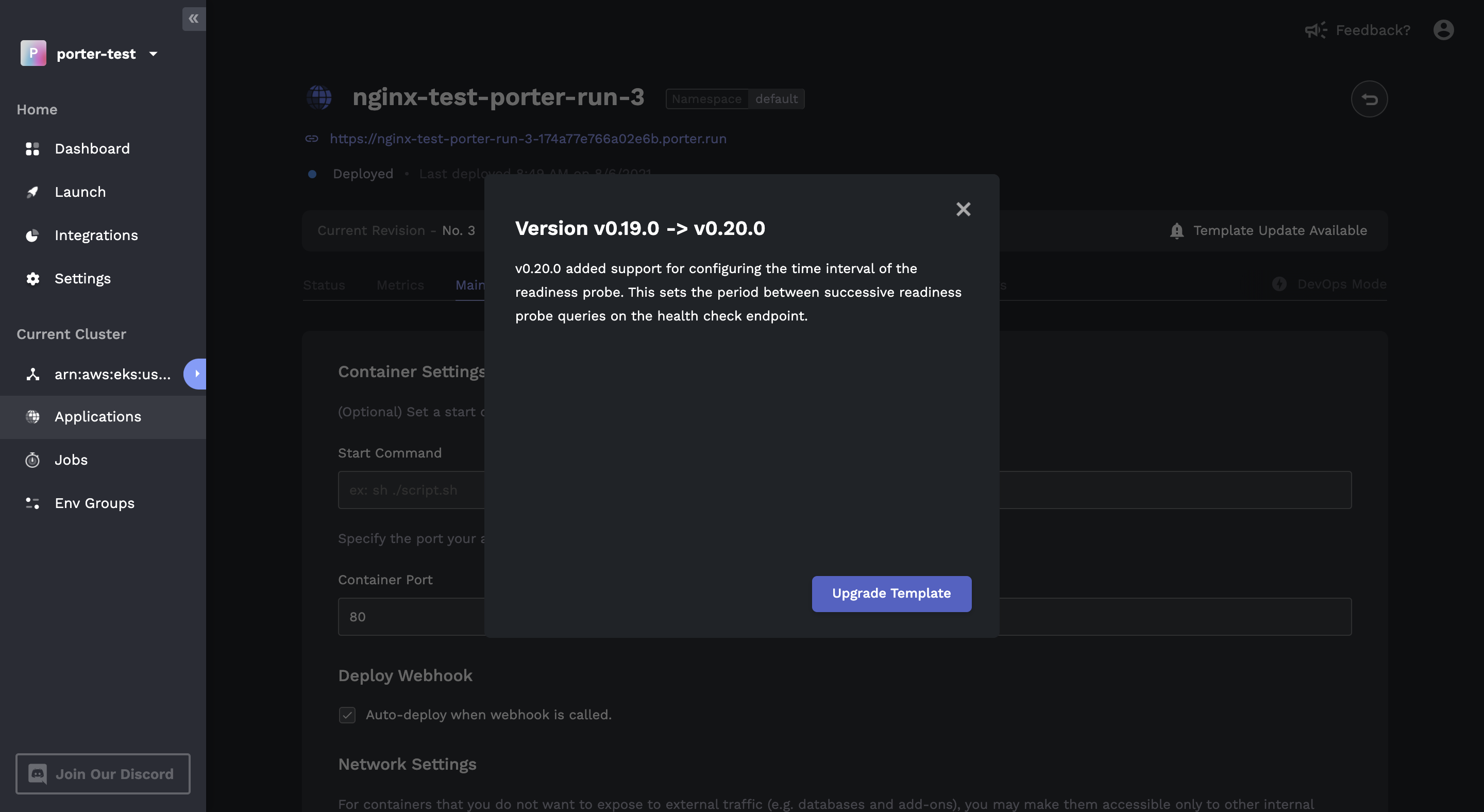 We've made a few additions to the CLI!

We've also made the CLI much more usable for new users, and fixed several smaller issues: see other improvements.

All newly provisioned EKS, GKE, and DOKS clusters will use the exact same architecture, which will make autoscaling more stable across all three providers, and will make it easier to install Kubernetes/Helm manifests without additional configuration. Here are the list of changes:

Environment Groups can be Renamed

Thanks @anukul for the PR!

Github actions files that get written to the Github repository are much simpler to read, and the steps are much easier to integrate into existing workflows. The action now calls a single step (after installing Porter) to deploy your application:

The command porter update --app [application] can also be called from your local computer with the flag --source github, which will perform the exact same action, so that you can trigger new deploys from your local workstation.